Anyone who has ever had a discussion with someone who has bought products from either Apple or John Lewis will recognise the signs. The slightly fanatical stare and almost religious language, the identification with the product or service not just in terms of its efficiency or quality, but also in terms of the values it promotes. Both organisations are prime examples of successful brands, and of the ways in which organisations can become anthropomorphised in the imaginations of consumers and other stakeholders.There is no doubt that companies, driven by the incentives of the marketplace, have been in the forefront of such branding exercises. Nonetheless, organisations in other fields have also been branding themselves for years, often in unconscious but extremely powerful ways.

The higher education sector is no different to other areas of the economy in this regard. The University of Oxford, for example, can boast a complex and highly effective brand, which operates around its traditions, history, reputation for academic excellence and place in the wider cultural context of the United Kingdom. Meanwhile, on the opposite end of the spectrum, the University of Sussex continues to benefit (and, in some ways, suffer) from its reputation as a left-wing and progressive institution. 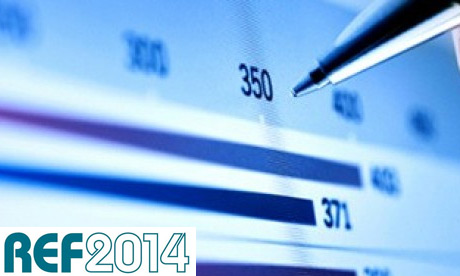 With the advent of the Research Excellence Framework, many universities have been engaged in a near frenzy of offers and counter-offers to so-called ‘research stars’. The quality and quantity of research produced by higher education institutions will now dictate, in large part, the funding provided to them. As a result, salaries for the top end of the academic scale are increasing, whilst those academics who are committed to teaching or whose publication history is less than stellar find themselves near the scrapheap. Clearly, such a bidding war disadvantages smaller and poorer institutions. It is here that branding within higher education can come into its own.

The business sector has long recognised that salary is only one indicator of job satisfaction and that, indeed, it is often not the most important factor when considering both recruitment and retention of top quality employees. After a certain point, salary functions largely as an indicator of status, as well as a sign that the company values the work done by an employee. Many innovative businesses have found that a supportive working environment, non-financial ‘perks’, and an institutional value system which aligns with those of the employee, are actually significantly more important when considering retention than salary alone.

Clearly, as well as being potentially able to offer larger salaries to academic ‘stars’, the top universities in the country are also able to call upon established branding in order to persuade the best of the best to become their employees. Smaller institutions can also develop effective brands, however, which will allow them to compete in the new, research-led climate. For example, whilst the University of Oxford may well be attractive to a top academic due to both the financial security of an offered post and the intellectual excitement of becoming part of a tradition of academic excellence, such a job also has its downsides. A savvy, smaller institution may not be able to offer the tradition of Oxford, but it can provide a top academic with the opportunity to take a leading role in helping to catalyse a rise up the institutional rankings. It can, also, offer the kind of status and importance within the organisation which even the most prominent academic in Oxford is unlikely to possess.

In other words, universities need to play to their strengths when branding, and need to recognise that their brand is vital when potential academic employees make job related decisions. If an institution does not already have an established brand, no time should be lost in planning a branding strategy, and then executing it. Due to the relative cheapness of online communication channels, this does not have to be an expensive exercise. When done properly, it can form part of a positive feedback loop which rapidly alters and enhances the recruitment and retention of employee talent. 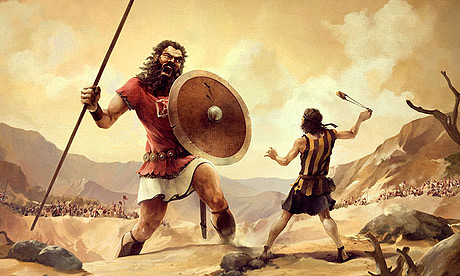 When facing the institutional Goliaths of the academic world, small higher education institutions can feel like David, overwhelmed and overmatched by organisations with more resources and more established reputations. If Apple had reacted to such a situation by simply maintaining their existing brand, it is likely that they would have gone out of business many years ago. Instead, they proactively chose to fashion their weakness into a strength, and to set themselves up as a brand which appealed to a certain type of person. Similarly, if a university does not have centuries of tradition or hordes of Nobel Prize winning alumni, it is still possible to establish a reputation for academic innovation, a friendly atmosphere, beautiful surroundings, or even excellent perks such as fantastic food and drink!

In essence, then, it can be seen that financial resources are not the be-all and end-all of recruitment and retention, either in the corporate or higher education sectors. As the REF era begins, and ever increasing salaries are mooted for academic stars, universities would do well to consider their branding before simply adding another few thousand pounds to their financial offers. Not only will it pay off in terms of recruitment, but it can help to forge an identity for the institution which will drive positive change for years to come.

Academic recruitment: beware, predators at large
How can universities keep their star academics happy to stop them succumbing to a rival’s advances?