At a time when budgets for primary research, teaching and educational infrastructure are being slashed, it might seem that branding should be a very low priority for higher education institutions. This is certainly true, if branding is viewed as an inevitably expensive and resource-intensive process. This does not, however, have to be the case. A rebranding exercise can give new life to a demoralised institution, helping to refocus staff and students onto their primary goals, and to externally project those goals into the wider world.

Of course, branding can certainly be done in the wrong way. Research suggests that undertaking commercial branding in the context of “not for profit” organisations can create a spirit of harmful rivalry within the sector in question. This can cause a marketing ‘arms race’, in which all institutions increase their spending on branding in order to produce often questionable and intangible benefits (Sargeant, 2009). This was often the case during the economic boom years, particularly within a higher education sector driven by the government target of 50% of young people achieving a university degree. The research above, however, suggests that instead of a traditional high-spend strategy, universities may be better served by leveraging their strengths of creativity and innovative thinking.

One recent example of a university doing just this is the University of California, which underwent a major rebranding exercise in the last quarter of 2012. Taking their starting point as the logo which has represented the university for over a century, the team working on the project aimed to create a modern and instantly recognisable identity for this disparate collection of higher education institutions from across the state. They recognised that, at a time of spending cuts and belt-tightening, it would not be appropriate to launch a traditional branding exercise. Instead, they have attempted to cut through the current image of the university with one new logo, supported by a range of low-cost marketing tools. The rebrand has ensured that discussion around the University of California has increased, and that residents of the state who had hitherto taken the institution for granted are being exposed to its values, its purpose, and its relevance to 21st century California.

In the era of digital communication and viral media, it should be easier than ever for non profit organisations to leverage their existing non-financial resources when looking at branding. There is no need to spend vast amounts of money on marketing if existing staff, students and other stakeholders are consulted about what makes the university attractive to them. Finding out the reasons for existing stakeholders having chosen the institution makes it possible to build on already existing strengths within the brand, whilst building loyalty to the institution and a sense of involvement within its academic and alumni community. It may also be advisable to ask students and staff from other institutions about the existing brand of the university, to better recognise its weaknesses.

Consulting existing stakeholders is only the beginning of leveraging an institution’s existing strengths. In an era of innovative and virtually free online communication techniques, which are often spread through social media and viral marketing, a university’s staff, students and alumni can be significantly involved in promulgating the brand message on which they have been meaningfully consulted. If a rebranding exercise forms a coherent part of a comprehensive strategy which is understood by all stakeholders, a non profit organisation can leverage the kind of support which, in previous decades, would have cost large amounts of money to purchase from professionals.

Existing marketing strengths can include the location of the institution, which often plays a role in the branding of universities (see Chapelo, 2010). It has been found that certain cities, such as Manchester, are broadly considered to be desirable from a lifestyle perspective, whilst others, such as London, offer a cosmopolitan and international experience. The branding efforts of higher education institutions within those locations tend to work in synergy with the existing brands of the city, gaining strength and influence without any additional injection of money (see Walvis, 2003). The local and regional political institutions of such cities have access to significantly greater resources than most universities, and working with the grain of their marketing strategy makes a great deal of sense. 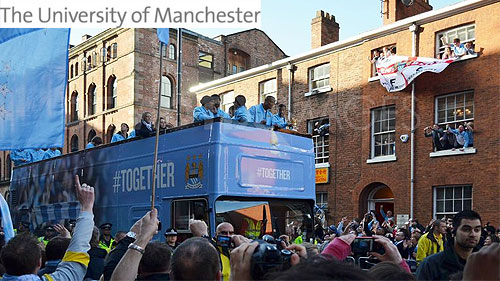 It is also open to academic institutions to reverse the pattern of the marketing ‘arms race’ which was identified above, and instead to work together to strengthen the brands of their particular academic specialisms. This can be done either through the centrally directed efforts of the institutions themselves, or at the initiative of particular academic departments and their natural inclination to work together on specific projects. Rather than promoting one institution over another, universities can advertise the prospect of cooperation and synergy with other institutions as a positive good. No university is an island unto itself, and the marketing efforts of such organisations should recognise this. Weaknesses in a brand can be offset through cooperation with other organisations.

It should now be evident that a branding approach which involves significant investment of financial resource is only one kind of marketing strategy which can be utilised by higher education institutions. Particularly in the current economic climate, it is almost certainly not the best approach for universities to be taking. Instead, such organisations should be seeking to leverage existing positive factors, both in terms of the creativity of their stakeholders, and the existing brand strengths of both their location and their academic specialisms.

Attraction marketing is a relatively new marketing concept. You can use it to draw potential customers, who also happen to be interested in what you sell, to your brand. Combined with the ever-expanding power of the Internet, attraction marketing can be a phenomenally powerful asset.

Traditional marketing strategies such as running radio and television commercials tend to become less effective over time. As customers are bombarded by these non-stop advertisements, they become less sensitive to them.

In fact, while traditional marketing ploys may increase sales over the short term, they can contribute to a phenomenon known as “brand fatigue” over the long term. Brand fatigue refers to the tendency of customers to lose interest in a given brand after being exposed to it for an extended period of time.

Traditional marketing increases brand fatigue and decreases interest by bombarding customers with impersonal, outrageous, occasionally misleading, and often flat-out annoying advertisements. These one-size-fits-all messages must be—but seldom are—exemplary to stand out from the crowd and deliver stellar results. To achieve this, there is a better alternative.

Attraction marketing deviates from the beaten path in that its main goal is to demonstrate to potential clients a brand’s worth by providing a valuable product or service for free. In the Digital world, for instance in business to business, this can take the form of a company or individual giving away valuable insights in the form of a digital book.

To master attraction marketing, you must study your demographic. You must learn what they want, and then demonstrate that you have it. This doesn’t have to mean giving away your entire inventory. The idea is to give them something of value, while leaving something of even more value off the table.

Making this information freely available on a website, and then using sound SEO principles to rank highly in major search engines, means that you won’t have to bombard people with advertising that they likely won’t be receptive to anyway. Your customers will come to you, hungry for the information that you have to offer. 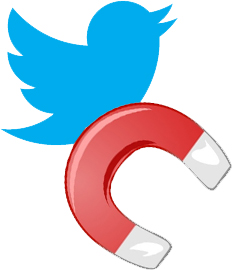 Platforms like Facebook and Twitter are saturated with users who share links to sites with valuable information. When you foster goodwill between your brand and your prospective customers by offering a high-value report, blog, book, or newsletter, you stand a good chance of getting a mention from these users. This highlights the importance of coupling attraction marketing with a strong, active social networking presence. By creating a profile for your company on these sites, you will give fans and satisfied customers a place to direct potential leads to. Don’t forget to leave links to your social networking profiles in your free ebook, report, or newsletter. By doing so, you can create a self-perpetuating cycle in which new customers discover your brand and old customers promote it.

New attraction marketers often make the mistake of not spending enough time actively participating in communities surrounding their niche. You can overcome this tendency by joining forums that are related in some way to the product that you are selling. The stronger the relationship, the better. 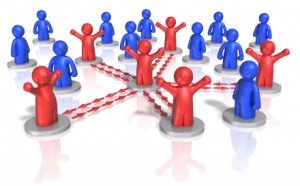 Post insightful answers to questions while letting your forum signature promote your brand. Demonstrate to members of the community that you are a leader first and a business second. A forum signature containing a link to your site accompanied by a good answer can do more for your business over time than paid advertising.

Secondly, you must take care to properly identify what your market wants. If the solution that you offer them is not a valuable proposition, it won’t matter how much of it you are offering for free. A great place to start is at the forums that you have identified. Look for threads that are posed as questions, and watch out for questions that are posed again and again. These indicate potential shortages of supply in the market, that is, information that is desired but not available.